Almaty, Kazakhstan’s sleepy, rainy second city, is easy to ignore in search of Silk Road adventures. But it is one of my favourite places in the world. Under the Tien Shan mountains where Kazakhstan, Kyrgyzstan and China meet, from the serenity of Zenkov Cathedral and Panfilov Park to the sheer bedlam of the Altyn-Orda bazaar, from satisfying old lagman-houses in the middle of Green Bazaar to plush new cafes around Dostyk Plaza mall, Almaty is a place to contemplate and explore.

Spending time here, I learned a lot about daily life in Central Asia: 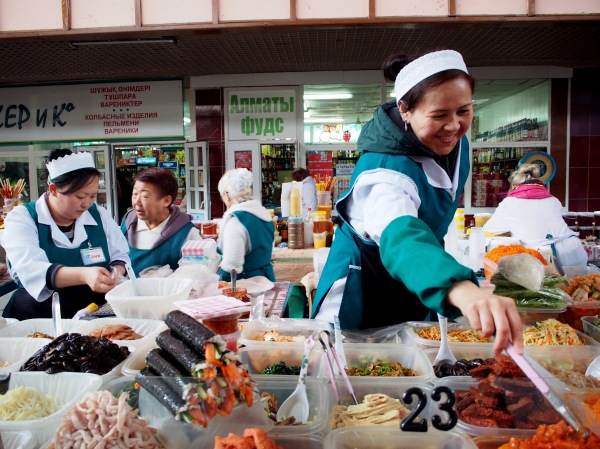 Diversity. The 105 million people of Central Asia come from about 140 ethnic groups, follow many religions and speak over a dozen languages. The women at this stall at Almaty’s Green Bazaar, one of the most diverse places in Central Asia, sell Korean food.

Generosity. Every day in Central Asia is brightened by little acts of kindness. As they walk barefoot across the Sairan reservoir, under the Zailiskii Alatau mountains, one of the boys in this photograph is carrying his friend’s shoes on his bike.

Change. On Almaty’s Tole Bi street, modern advertising is placed on Soviet-era apartment awnings – an example of how some old treasures are being threatened by the region’s modernisation.

Heritage. People in all of Central Asia’s five republics are proud of their place in the world. The apple originates from the Tien Shan mountains near Almaty – the city’s old name Alma-Ata means ‘father of apples’. These days, Kazakhs have some ingenious ways of staying connected with their country’s heritage.

Energy. As hard as recent years have been for many in Central Asia, its people have lost none of their energy. The elderly can stay active after they retire, and often get together in even the most modest of public spaces to play chess. 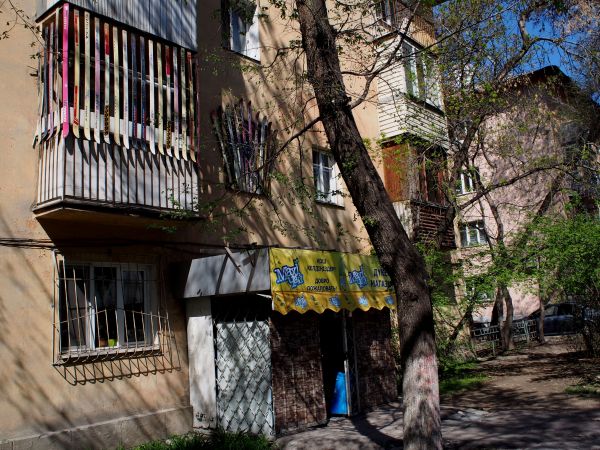 Improvisation. People living above this duken (shop) on Ablai khan street use skis as awnings on their balcony. Almaty is at the foot of the Tien Shan mountains, and the Shymbulak ski resort is a popular attraction.

Choice. Markets and bazaars may be a cliche when imagining Central Asia, but they are an integral part of daily life in all five countries. This stall at Green Bazaar in Almaty is selling dried apricots and nuts. 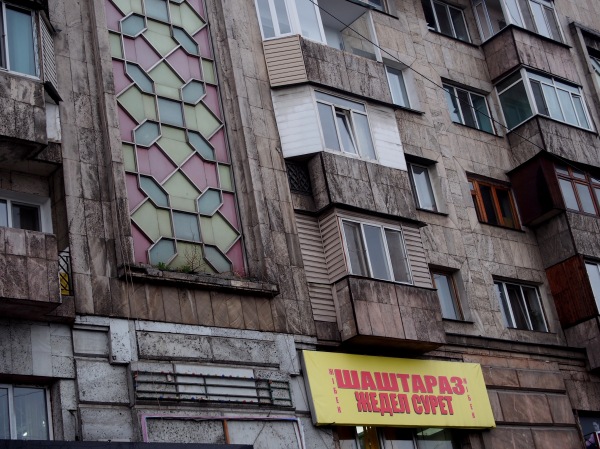 Boldness. Much of Almaty is grey, which makes its bursts of colour even more attractive.

More from Kazakhstan / Eurasian Echoes home / Get in touch

One thought on “Eight things I felt in Almaty, Kazakhstan”