I arrive at Yerevan’s train station just after dawn, and buy coffee and bread from the underpass between platforms – fuel for the four-hour journey to Gyumri, Armenia’s second city.

The train is dusty and dilapidated – a recycled old Soviet elektrichka. It has hard seats and filthy windows. It goes slowly, bumpily, its wheels making soothing clunks on the rusted tracks.

The journey is haunting. The landscape of western Armenia looks abandoned, left for dead. But this isn’t so. This rocky corner of the Caucasus is far from an unwanted wasteland: it is one of the most emotionally fraught places on earth. 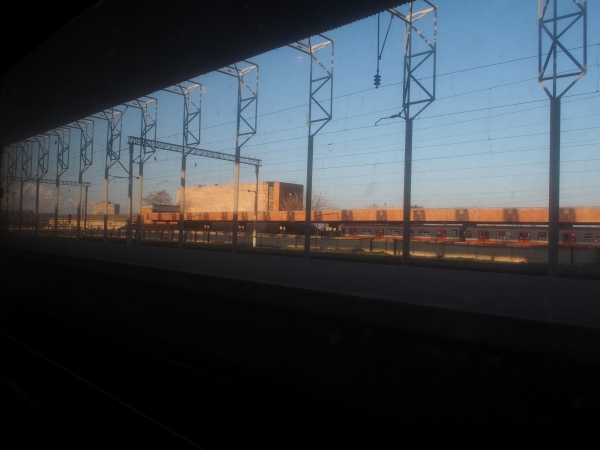 For the first part of the journey the train passes beside Mount Ararat. Ararat is sacred to Armenians: they are the world’s first Christian nation, and to them it is the final resting place of Noah’s Ark.

But the sight of Ararat brings sadness. While its two peaks, Greater Ararat and Little Ararat, are the most meaningful symbol of Armenian identity, the mountain isn’t in Armenia any more. In the short distance between Ararat and the train tracks is the border with Turkey – a cruel result of a treaty between Turkey and the Soviet Union in 1921.

Two countries roll past the carriage’s dirty windows: Armenia to the right, Turkey to the left.

The border between them is closed. The nations are separated by more than barren fields. 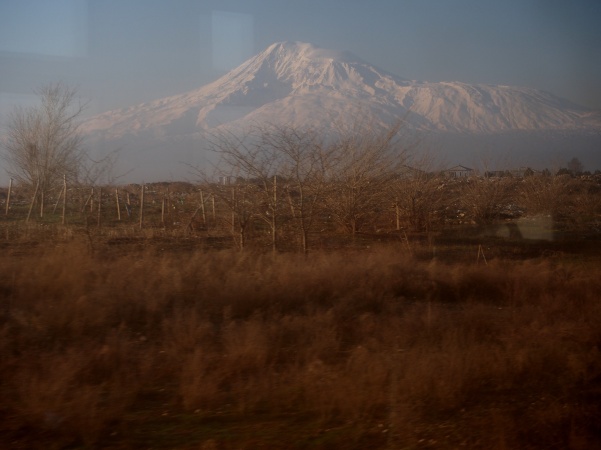 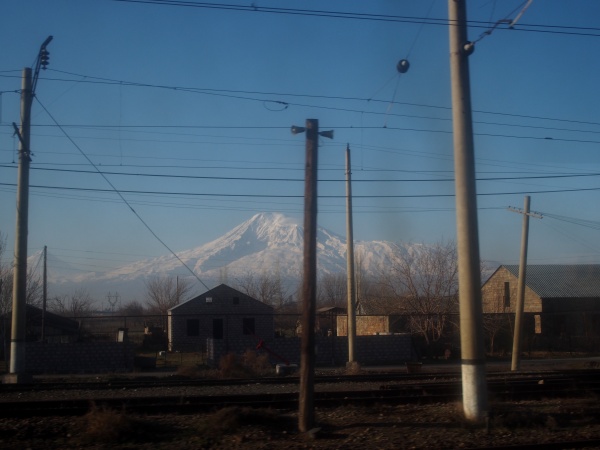 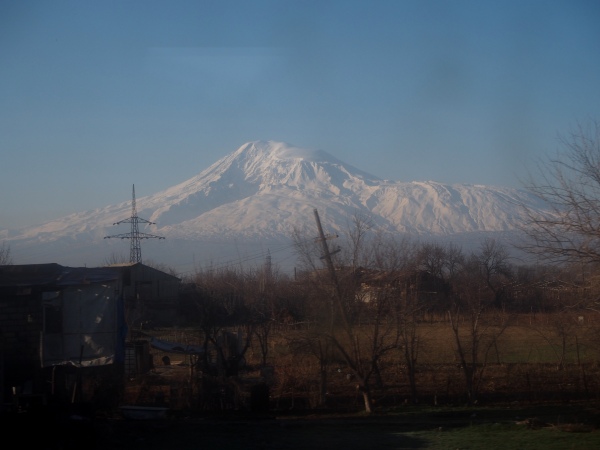 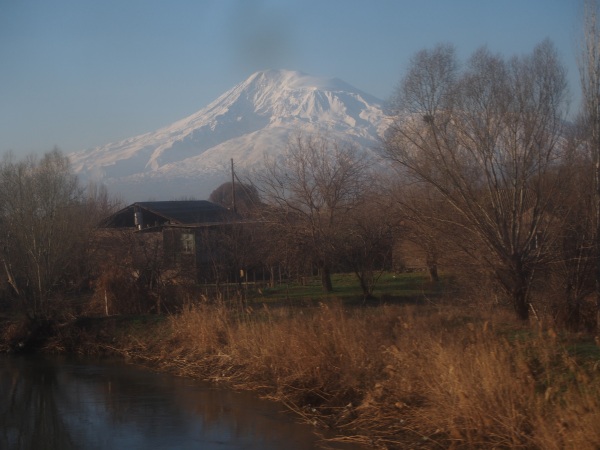 The Armenian-Turkish border, which we are travelling along, is extremely hostile. Armenians’ hatred of their neighbour runs deeper than Ararat – its roots are in the last days of the Ottoman Empire. From 1915 until 1923 Armenians living in what is now Turkey were either rounded up and massacred, or expelled to a certain death in the Syrian desert. About 1.5 million Armenians were killed in these purges. To this day Turkey does not recognise that this amounted to genocide.

Most of the lost families lived on the lands in eastern Turkey, visible in the distance as the train struggles on.

These horrible events have left deep scars on the next generations of Armenians. Once Ararat is left behind, all of the people on the train move to benches on the right of the carriage, turn their backs on Turkey, and stare only at Armenia. 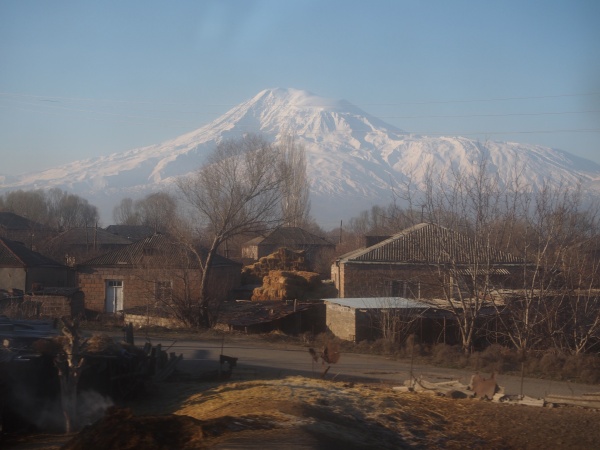 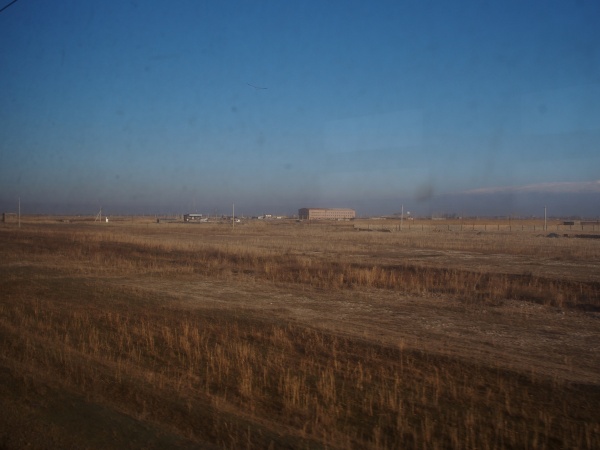 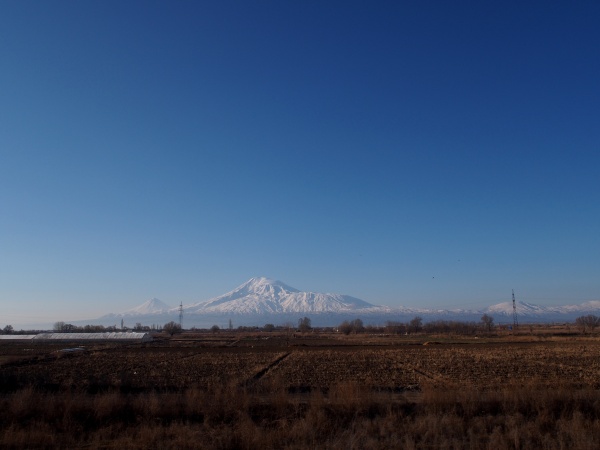 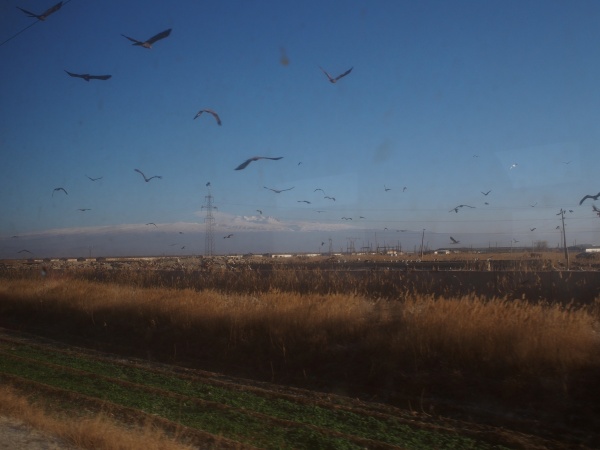 Today the two peoples barely communicate. The border has been closed since 1993.  This is a consequence of another of Armenia’s heartbreaking conflicts: the simmering war against Azerbaijan over the territory of Nagorno-Karabakh, in which Turkey sides with Azerbaijan. 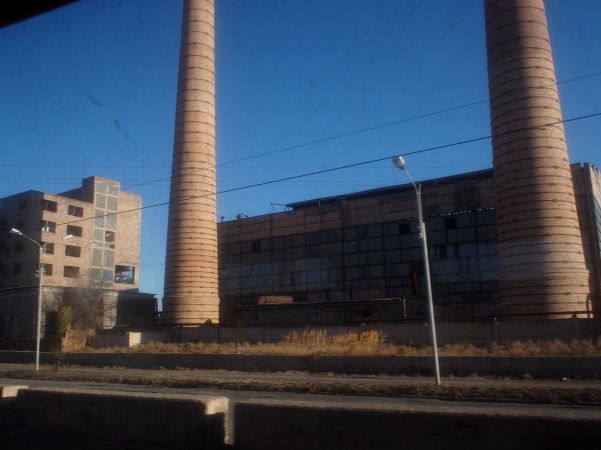 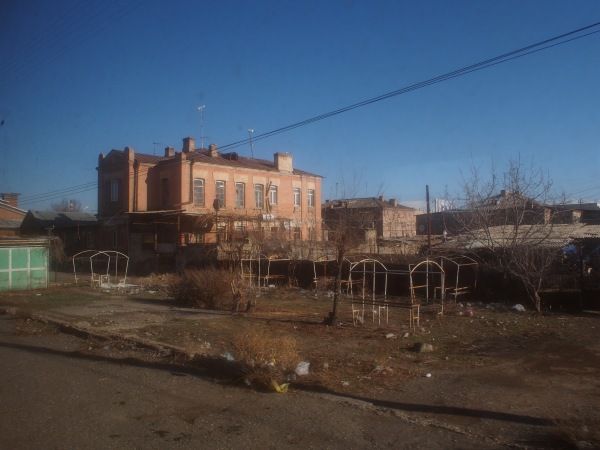 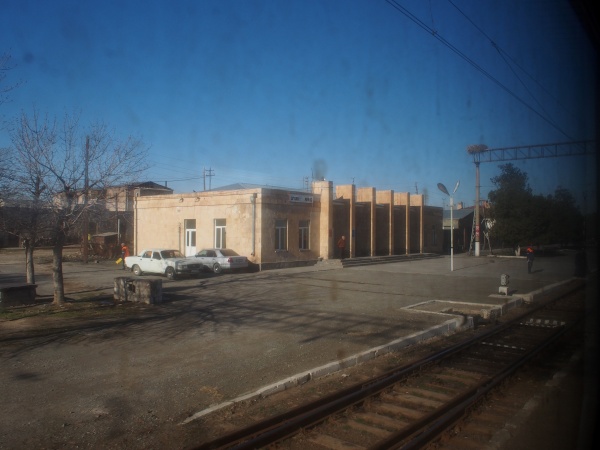 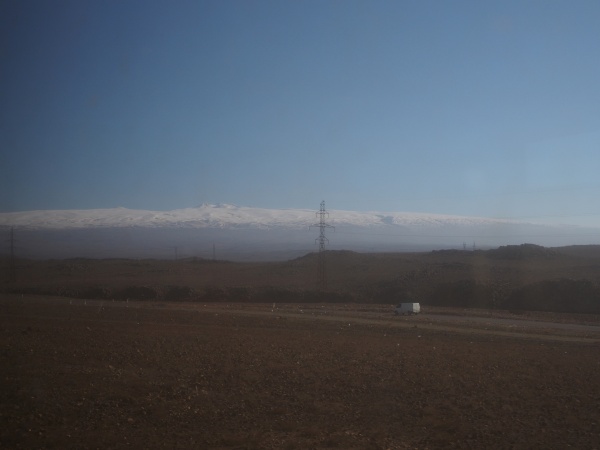 Many parts of Armenia are impoverished. The war in Nagorno-Karabakh has caused suffering in the east, but in other regions the country has been wrecked by economic misery. This has got worse in the last decade, the problems in Russia bleeding into the republics whose economies are still dependant on it.

People are abandoning their villages and towns to search for work in Yerevan, or Russia. The journey from Yerevan to Gyumri tells this story. Housing blocks, factories and other buildings stand gutted and crumbling. 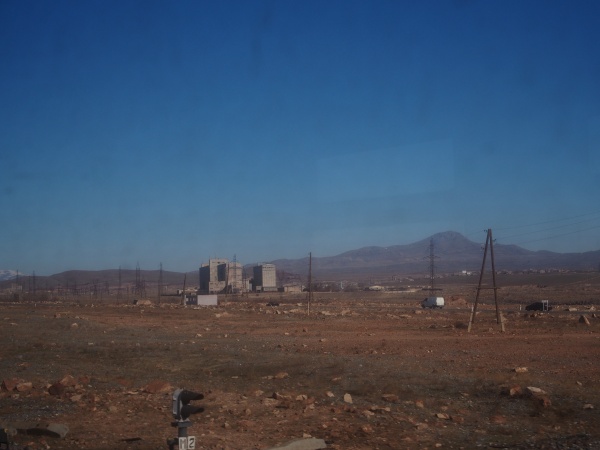 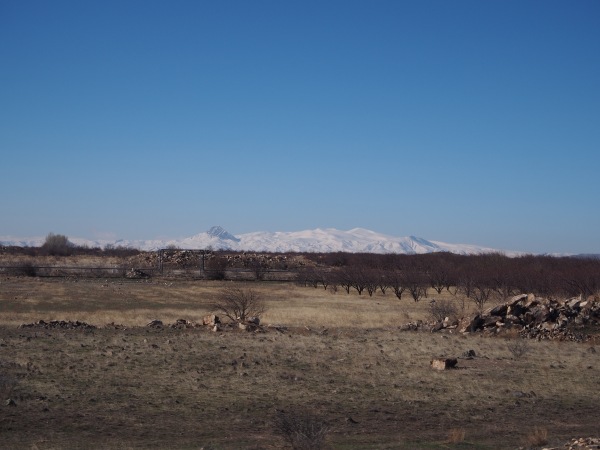 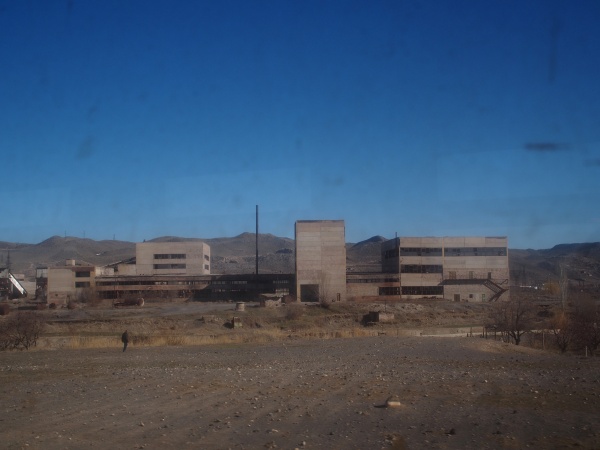 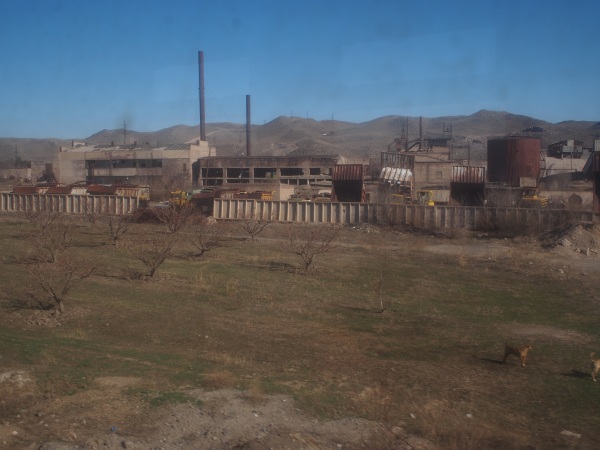 The land is parched greens and browns; all rock-strewn fields and debris. The sky on a chilly spring morning is a deep Middle Eastern blue. In Armavir province, shepherds and their small children tend to flocks of sheep.

Towns appear deserted, but there is life: occasional cars on the road to Gyumri, and shrikes and hoopoes flitting up from the train tracks. 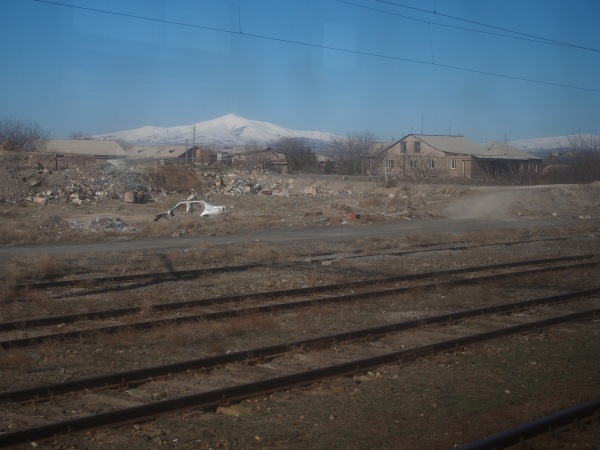 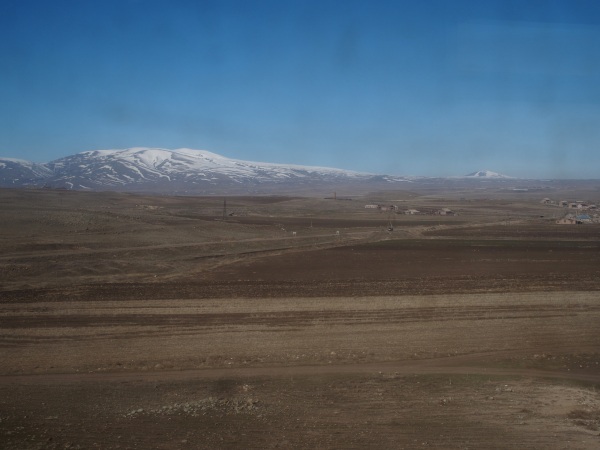 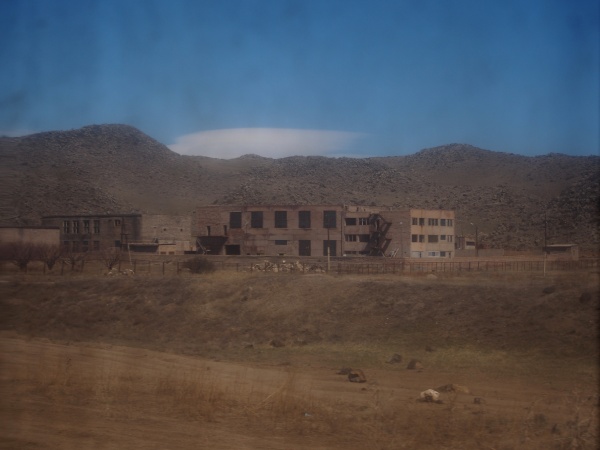 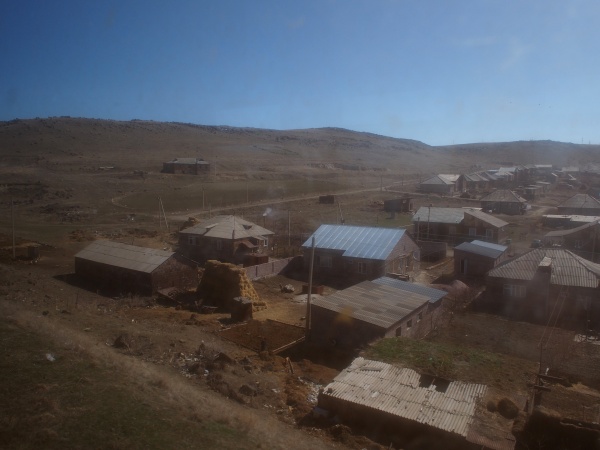 Several times during the journey, flocks of cranes, another symbol of Armenia, fly over the train. They make their nests on the roofs of train station buildings. 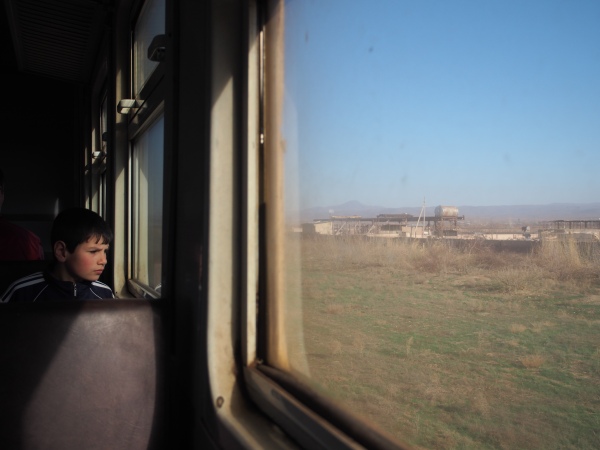 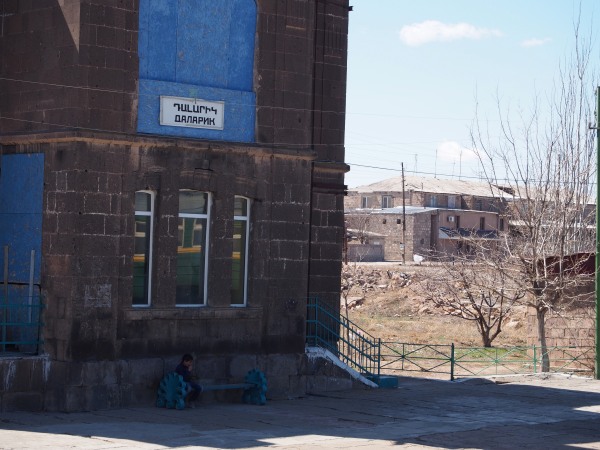 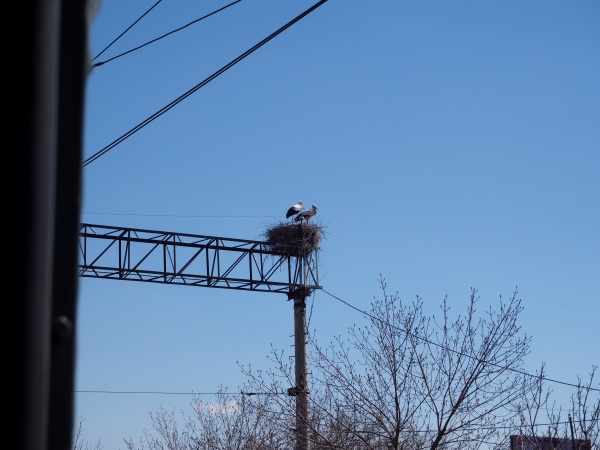 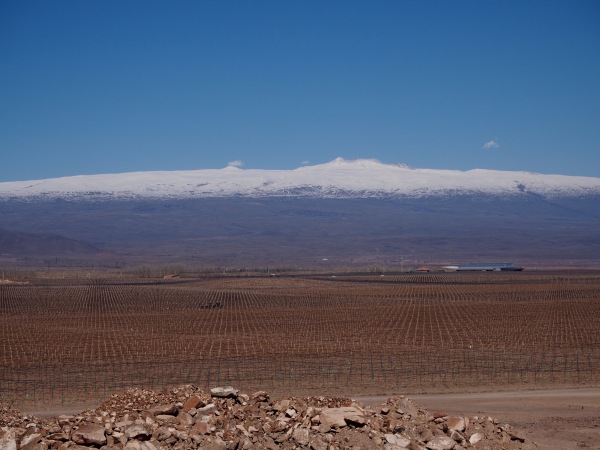 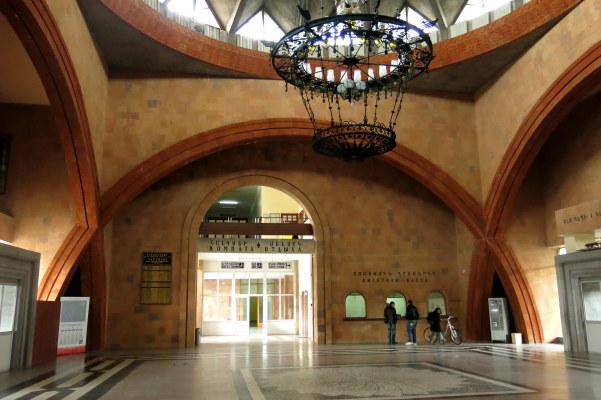 In late morning the train limps into Gyumri. There is a story to tell here, too: in 1988 the city was destroyed by an earthquake that killed 25,000 people. Gyumri has been heroic in rebuilding itself.

But the train goes back to Yerevan almost straight away. All I manage to see is the square outside the train station.

On the return journey I stare out at the landscape again – the barren fields, the abandoned towns, the storks and the families of shepherds. Ararat comes back into view.

I lose myself in thought, about how a single journey can tell the story of so much pain.

More from Armenia / Eurasian Echoes home / Get in touch