On 4 and 5 April 2019, two of my photographs were displayed in the exhibition ‘Daily Lives in Central Asia’, at the BOZAR Centre for Fine Arts in Brussels, Belgium.

The exhibition was organised by the European Union project ‘Strengthening and Energizing EU – Central Asia Relations’ (SEnECA). It featured 50 photographs on the theme “The essence of Central Asia in a picture”, by photographers from both Central Asia and Europe. 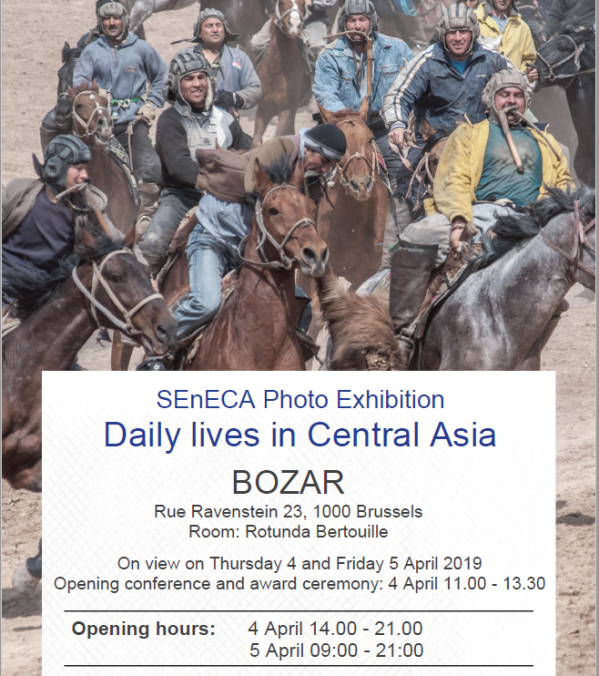 The SEnECA project is part of the EU’s ‘Horizon 2020’ programme, and runs until the end of 2019. This exhibition was supported by the Trans European Policy Studies Association (TEPSA).

I’m very grateful to SEnECA, TEPSA and BOZAR for displaying my photographs. They come from two places that mean a lot to me.

On my first time in Central Asia in 2017 I wandered a lot on Tole Bi street in Almaty, Kazakhstan; one day I met and photographed a man selling apples from the boot of his car. On my last journey there in 2018 I spent an afternoon at the Khazrati Imam mosque in Tashkent, Uzbekistan, and took a photo of two boys playing with a kite in the courtyard. These moments showed me something about life in this part of the world.