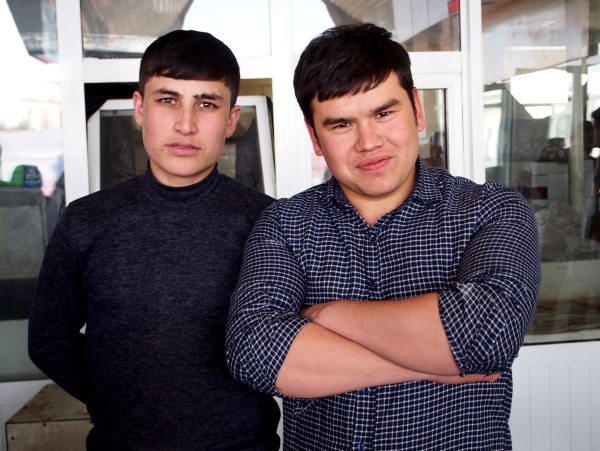 Emotion. The people of Central Asia are expressive, genuine and confident.

Mastery. Whether making bread, weaving cotton, designing ceramics or anything else they create, Uzbeks bring flair to everything they put their hands to.

Humanity. From the spontaneous expressions on the faces of the woman and her son, to the flowers on the table between them, this busy cafe shows how much people in Central Asia value connecting with each other. The label on the bottle says Do’stlar – the Uzbek word for ‘friends’. 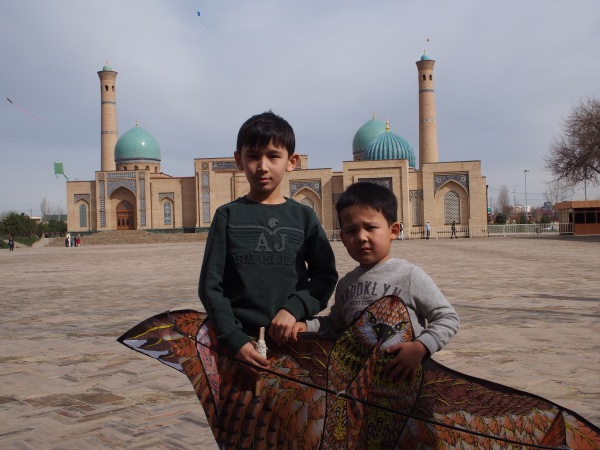 Opportunity. This generation of Central Asian children, born in independent republics, are able to enjoy their countries’ old traditions again, like flying kites in the courtyard of the Khazrati Imam mosque in Tashkent. But they also have opportunities to explore the world through the internet and travelling abroad, allowing them also to aspire to international cultures, like the ones hinted at on their jumpers.

Choice. Markets and bazaars may be a cliche when imagining Central Asia, but they are an integral part of daily life in all five countries. This stall at Chorsu Bazaar in Tashkent is selling sumalak, a dish made from wheat and oil that is traditionally prepared for the Nowruz (New Year) holiday.

Youth. Over a third of people in Uzbekistan are younger than 14.

More from Uzbekistan / Eurasian Echoes home / Get in touch