One day in Yerevan, Samvel, my Armenian friend, said:

“Jonatan-jan, next time you come to Armenia, let me take you to Artsakh…”

Artsakh is the Armenian name for Nagorno-Karabakh – the disputed territory between Armenia and Azerbaijan, which the two nations have been at war over for more than 30 years. Both feel that this land belongs to them: it became part of Soviet Azerbaijan during Stalin’s era, but most of the people living there are still Armenian. The conflict has killed tens of thousands on both sides, and there is no resolution in sight.

Karabakh is a self-governing republic now. It is peaceful most of the time, and most parts of it are safe. But shooting still breaks out a couple of times a year.

I had spent time in both Azerbaijan and Armenia. I knew how strongly each of the countries feels that Nagorno-Karabakh is theirs. Hatred for the other nation’s people dominates the lives of Armenians and Azerbaijanis.

A year later, before dawn one morning, Sam met me in Yerevan and drove me to Nagorno-Karabakh.

We drove south, past Khor Virap monastery on Armenia’s closed border with Turkey. We took the mountain road through Sisian province, and entered Artsakh through the Tegh – Berdadzor checkpoint.

That afternoon we stopped at Ghazanchetsots cathedral in the town of Shushi – Karabakh’s second town, and a place that has suffered heavily in the conflict. We drove into Artsakh’s capital, Stepanakert: at the central market, subdued and almost empty on a Saturday afternoon, Samvel bought us Jengalov khats – a soft Karabakhi bread filled with mountain herbs.

Leaving Stepanakert we passed Artsakh’s landmark, the symbol of the republic – a statue called ‘We Are Our Mountains’. The image of an old man and old woman is formed from volcanic tufa, to represent the mountain people of Artsakh. It is also known as Tatik-Papik – ‘Grandma and Grandpa’.

Our last stop was the ninth-century Dadivank monastery. Then the long and difficult road back to Yerevan.

I had seen almost nothing of Artsakh. But a day in its mountains had made me understand better why to Samvel, and to all Armenians and Azerbaijanis, it could mean everything. 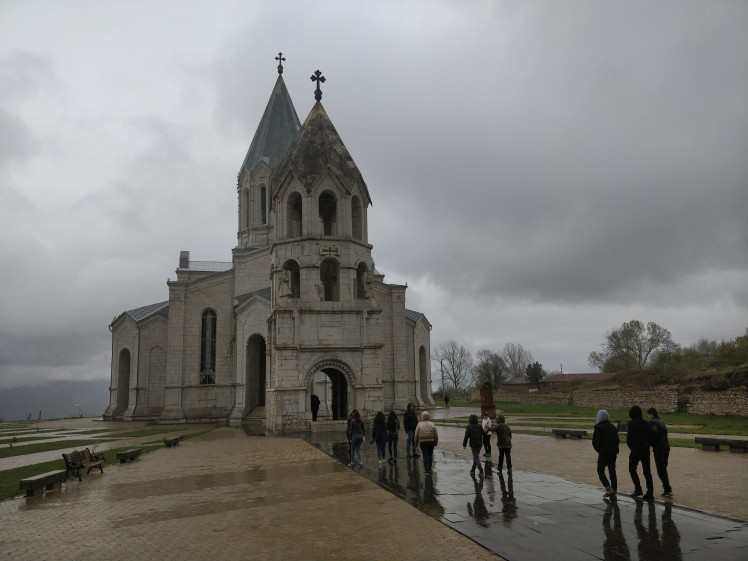 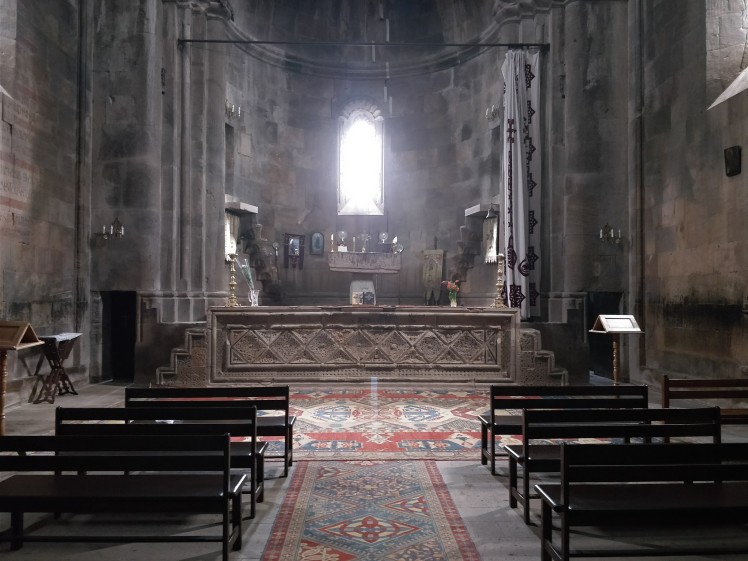 5 thoughts on “A day in Nagorno-Karabakh (Artsakh)”