Stories and photographs from Russia, the Caucasus and Central Asia

In the corner of the bazaar, my eye caught a row of big plastic bottles, all filled with a white liquid. Written in felt-tip pen on their tops was a letter: Ш for «шубат» – shubat, fermented camel’s milk; or К for «кумыс» – kumys, fermented horse’s milk.

I gave the woman at the stall 700 tenge, for a litre of each. I went back to my room, opened the two bottles, and put my nose over the milks.

Late that night I still couldn’t bring myself to take a sip.

Kazakh nomads say that shubat and kumys lower blood pressure, and swear that they cure all sorts of illnesses and diseases. They are popular throughout Central Asia: on my first trip to Kazakhstan I tried a little bottle of supermarket-brand shubat. But the milks from the bazaar, in recycled plastic bottles, came straight from someone’s herd of camels and horses, somewhere on the steppe outside Almaty.

Kazakhstan is very close to my heart. And this time, my third trip, it felt like I was there for the last time. I wanted to experience something truly Kazakh before I said goodbye.

I took a deep breath and poured a bit of the camel’s milk into my mouth, daintily, like a sip of expensive wine.

Shubat is the colour and consistency of natural yoghurt, only with thick lumps on the surface. Its smell is overpoweringly sour, and animal; the first two sniffs of the bottle made me retch. But as I got used to it, I became curious: the scent is unpleasant, but it is natural – I could imagine that it’s good for your health, as Kazakhs say.

The fizz of the liquid touched my lips before the taste reached my mouth. Shubat feels thinner than it looks; more milk than yoghurt. It was a mouthful of an extremely sour, fizzy, raw animal taste. But once the shock passed, the next couple of sips were easier to swallow.

The kumys (also kymyz in Kazakh), the horse’s milk, was the same colour and texture as the shubat, but had a foam on top, instead of lumps. Its smell was even more pungeant – and harder to get used to without gagging. It wasn’t completely natural: kumys is often fermented for a couple of days in leather sacks, and this gives it a smoky smell, almost like a peated whisky.

The milk was even more fizzy than the shubat. Although the smell was more overpowering, it was easier to drink – the light smoky notes got in the way of the hit of raw animal. After the second or third sip, it was palatable.

I made it to about ten sips in total, before it was time to brush my teeth and go to bed. I slept well. I had drunk the drinks of the nomads of the steppe – but, if I was saying goodbye to Kazakhstan this time, I would have many tastier memories than shubat and kumys.

More from Kazakhstan / Eurasian Echoes home / Get in touch 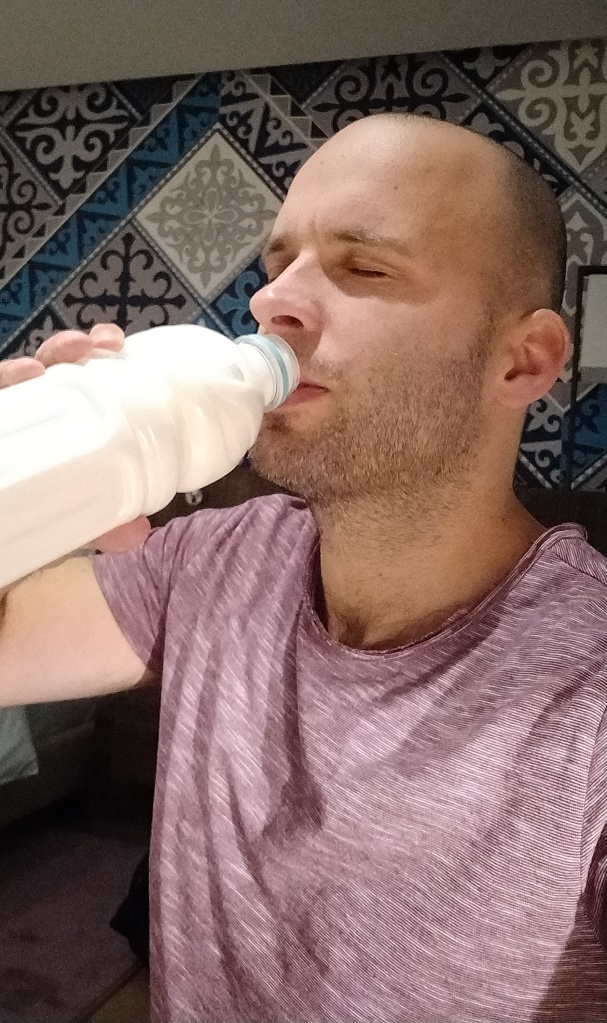